Hidden Mother - Ulrik Nilsson and Magdalena Meitzner - is a duo for scenic music, based in Stockholm, Sweden, that integrates sound rituals and performance art in their shows. Instead of traditional instruments they use various sound objects and requisites. In a show with Hidden Mother, the single pieces are assembled to an unbroken, well choreographed experience. Inspired by mysticism, religion and psychology, Hidden Mother creates a flow of sound and images that opens up the imagination. Hidden Mother both dandles and shakes the audience - and crosses the border of comfort. The audience is rather participants than observers.

The "hidden mother" photographs appeared shortly after the birth of photography in the mid 19th century. At that time the exposure time could easily exceed the patience of a child. This was a problem because even the smallest movement could result in a blurry photo. One trick used was to cover the mother (or a father, nanny or photo assistant) with a blanket and place the child in her lap. The mother could then hold the child steadily and perhaps whisper threats (or promises of candy after the session) in the little rascals ears. 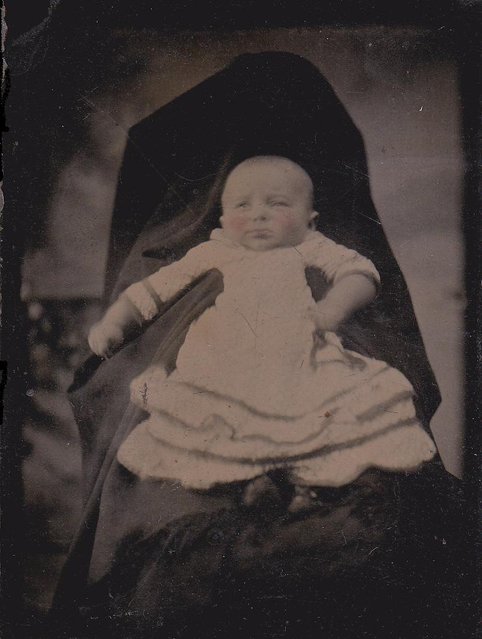